What is the biggest laser in the world?

At TechToSee, we sometimes delve into subjects for no particular reason beyond curiosity. In this case, they are lasers. At the consumer level, we’re surrounded by products that rely on lasers – optical media, barcode scanners, fiber optics, and printers are all common – but for this article we’ve decided to expand a bit. . There are a few contenders for the world’s biggest laser, and they’re all involved in some really cool science.

The Large Hadron Collider is technically not a laser, but it really is the physically largest particle beam – and I’m including it here because not only is it an intangible high energy beam, but there is a (literally!) very cool laser science going on at the LHC facility. CERN’s ALPHA experiment actually uses X-ray lasers to cool antimatter to a shiver above absolute zero. 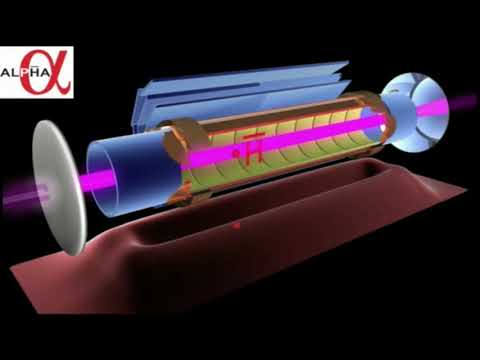 ALPHA scientists use the instrument’s reaction chamber to trap antihydrogen in a magnetic bottle. Then they tune the laser so that its beam is only out of step with antihydrogen energetic states, much like someone who “steals your bounce” when you’re on a trampoline. The momentum of photons in the laser slows down the antihydrogen, and because heat is a form of molecular motion, this slowing down has a cooling effect. The researchers were able to cool the antihydrogen to 0.012K.

While the ALPHA experiment performs laser cooling, the aptly named ZEUS three-petawatt laser from the University of Michigan collides with an electron beam to study extreme plasmas. ZEUS is the most powerful laser in the United States. It’s actually designed to strike above its weight: while ZEUS doesn’t deliver as much raw power, its design simulates a laser that’s about a million times more powerful than what it says on the tin. This allows a petawatt class laser to simulate a zetawatt beam.

When fully powered, the laser will be directed into a vacuum chamber and focused on its gas target, where it will begin to deliver ultrashort pulses of light. Then an electron beam is directed to the same target, so that the laser and the electron beams cross in the volume of gas. All of this energy ionizes the gas into plasma, and due to the geometry, the crossing beams simulate a much more powerful zetawatt class laser. In fact, the Z in the Zetawatt is where Zeus got its name: the “Zetawatt Equivalent Ultrashort Pulse Laser System”.

That’s a jump from three to ten petawatts, but the ambitious Extreme Light Infrastructure (ELI) project in Europe has launched its flagship ELI-NP, a ten petawatt dual IR laser. ELI-NP emits a coherent beam of infrared light at 820nm, with an expected diameter of up to fifty centimeters, which – guys – is like a ten petawatt heat ray a foot and a half wide. I know we’re joking about a Death Star, but this thing is the real deal. It has extremely fine targeting abilities. In the reaction chamber, this 50cm beam can focus on an area of ​​just one square millimeter. than 1022 W / cm2 Intensity is a significant fraction of the Earth’s total solar gain, concentrated at a very small point.

ELI-NP was designed to study very high energy physics, such as the formation of heavy metals by supernovae. But he’s also engaged in more practical research, such as cancer proton therapy, or new ways to deal with radioactive waste.

The only reason it’s not a closer tie for first place is because ELI-NP is incomplete and falling far behind. The facility was the subject of a scandal over the choice of its director and its gamma source was delayed for several years. A new contract with Lyncean Technologies in California is expected to deliver a gamma source in 2023.

The big winner is a gigantic titanium-sapphire laser of four petawatts named CoReLs, located in South Korea. Since UMich reached a 1022 W / cm2 released in 2004, physicists tried to take it a step further, and they finally made the dream come true. While four petawatts is certainly smaller raw power, CoReLS uses physical optics to confine the beam to a tiny area. Because it is so tightly focused, the photons hitting the micron-sized target of this laser actually outnumber those hitting the square millimeter of ELI-NP, even though ELI-NP can produce more photons. In April of this year, a team of researchers reached an intensity of 1023 W / cm2, which is roughly equivalent to focusing the all the way out of the Sun in a space the size of a small office. Except that they focused it on an area of ​​about a square micron, which is smaller than a E. coli. Pan Pan.

To focus the 28cm beam, the laser uses extremely thin glass optics and parabolic mirrors. CoReLS originally used Pyrex in their optical compression networks, but there is so much heat coming out of the beam that even Pyrex couldn’t disperse it evenly enough, causing wavefront distortions and fluctuations. in the beam. In the end, the researchers had to use pure fused silica, the same substance that the shuttle windows are made from.

The aim of CoReLS is to study what happens under the most extreme conditions we know, where interactions are dominated by relativistic effects. A common thread of research is strong field quantum electrodynamics. The intensity of this laser allows physicists to do real experiments on quivering quantum objects that were purely theoretical until now.

As these almost indescribably powerful lasers do their job, other projects continue to push the boundaries of human understanding by creating ever more powerful instruments. Several other ultra-high energy laser installations are planned or under construction, including one in Apollon (France), the EP-OPAL project at the University of Rochester (United States) and the Chinese extreme light source of 100 petawatts. If you like giant lasers, watch this space: as the challengers rise through the ranks, we’ll update our roster.