Ubisoft has announced that it is set to bring a new game to the Ghost Recon lineup which, to all appearances, appeared to be a competition for Call of Duty: Warzone. The new game called Ghost Recon Frontline features very advanced three-party warfare.

But the game received a lot of community response, with fans of the Ghost Recon series voting against the reveal trailer on YouTube. Even now, the YouTube trailer has more negative votes (17,000) than up votes (4,400). 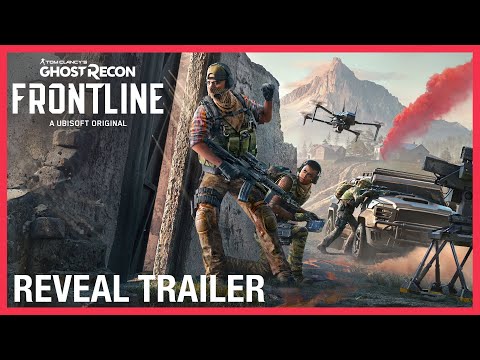 And now the developers have announced that they will be delaying the launch of the Ghost Recon Frontline closed beta. The game’s official Twitter account posted a message saying “We have decided it is best to postpone the closed test for Tom Clancy’s Ghost Recon Frontline.”

“The development team is dedicated to creating the best possible experience,” he adds. “We will share details of the new Closed Test date as soon as we can.”

“Thank you for your support”.

We have an important message regarding the Ghost Recon Frontline closed test. pic.twitter.com/ne1VgOLMJFOctober 13, 2021

The direction Ubisoft has taken with the new Ghost Recon Frontline is diametrically different from what the series has been so far. And that doesn’t seem to suit the community well, to put it mildly.

People have made comments below the video that show how they feel, like, “How about canceling the battle royale and making a real Ghost Recon game? Fan base has given comments to improve Breakpoint , you showed a preview that was trying to improve the game, and now we’re in the totally opposite direction. “

“Guys, you have a plethora of old Ghost Recon games to use. You keep saying you ‘listen to the community’ and then LISTEN to your community. We want you to go back to your tactical roots. Ghost Recon a fantasy series first place”

While people have once been mad at game developers for taking different directions with popular series, it looks like a time when Ubisoft made a pure money move with the intention of capturing a pie from a segment with all he can.