The best Apple iPad for every type of person and budget

Unlike Apple’s line of smartphones and Apple Watch, buying a new iPad isn’t that straightforward where you can just go ahead and buy the latest model. Apple offers four distinct iPad series, and it doesn’t help that the new iPads aren’t much different from the old ones.

With so many variations to choose from, here’s a guide to help you understand the different iPads and choose the right one for you.

Apple’s classic iPad lineup hasn’t deviated much from its original purpose of being a decently powerful, versatile tablet and media device. Along with the new 9th generation refresh launched earlier this month, Apple’s iPad also features an A13 processor, dual storage, and a True Tone display.

The new iPad also has a 12 MP main camera with Apple’s Center Stage feature, which will essentially result in much better video calls. However, the classic iPad is the only one without a laminated display, and the gap between the glass and the screen below can make the touch experience a little less natural. That said, it’s still the best overall iPad that will suit most people. The new 9th generation iPad starts at Rs 30,900 in India.

Apple iPad mini – The iPad for people on the go

As the name suggests, the smaller iPad mini gets an 8.3-inch screen compared to the 10.2-inch screen of the regular iPad. It’s designed to fit most handbags and backpacks, making it the perfect travel companion when you need something more than your phone on the next trip. 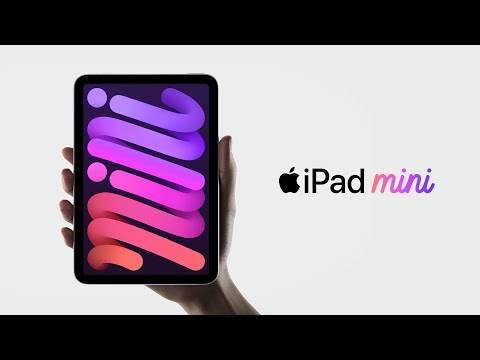 The iPad mini loses the home button and also ignores FaceID. Instead, you have TouchID built into the power button. It also comes with a USB-C port so you can charge it with your MacBook charger. Powered by the latest Apple A15 chipset, the mini also supports 2nd gen Apple Pencil and also gets better front and rear cameras with the latest 6th gen model that Apple recently launched. The new iPad mini starts at Rs 46,900.

The Apple iPad Air offers more performance than the standard iPad with the same 10.9-inch display. Features are also similar, like support for the second generation Apple Pencil, as well as a USB-C port. Like the iPad mini, you don’t have a home button here and instead must use the TouchID power button.

Powered by the A14 chip, the iPad Air will cover most of the performance needs of users and can easily be recommended to all users looking to get work done on their iPad. The iPad Air is therefore ideal for occasional use and also for some degree of professional work. However, if this is absolute performance and the best specs you want, you might want to check out the next entry on the list. The Apple iPad Air starts at Rs 54,900.

Available in two sizes, the iPad Pro comes in an 11-inch and 12.9-inch avatar and delivers the best performance of the bunch with the M1 chipset, the same chip used on the latest MacBooks. Unsurprisingly, Apple is also positioning the iPad Pro as a more versatile replacement for laptops at this point.

The 12.9-inch iPad Pro is also one of a kind, offering a mini-LED display and a hard-to-find combination of screen size and performance. It also has the best support for accessories like the Magic Keyboard. You also get a 120Hz ProMotion display and the most powerful camera lineup of any iPad. The iPad Pro may be overkill for some, but for those who want that extra power in tablet computing, nothing beats it. The iPad Pro starts at Rs 71,900 for the 11-inch variant and Rs 99,900 for the 12.9-inch variant.

DarkSide ransomware rushes to cash in $ 7 million in Bitcoin