Samsung executives said at the start of the year that they wanted to make foldable phones mainstream in 2021. Judging by the sales figures announced by the company today (October 11), it appears that Samsung has reached this. goal thanks to the foldable phones unveiled in August. .

That would be the Galaxy Z Fold 3 and the Galaxy Z Flip 3, both of which have received solid reviews as the two best foldable phones you can buy right now. Samsung hasn’t released exact sales figures for either device, but it said sales exceeded expectations as the latest iterations of the Fold and Flip are now the best-selling foldables in the world. Samsung to some extent. 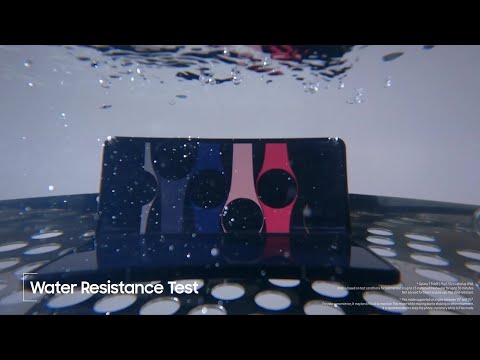 A lower price tag has been one of the biggest changes for the Galaxy Z Flip 3, which also features a larger exterior display than before as well as improved durability. The Galaxy Z Flip 3 and Galaxy Z Fold 3 both feature IPX8 water resistance ratings and 120Hz displays. The Z Fold 3 also added support for the S Pen, and its price has also increased. lowered, although only $ 200 compared to its predecessor.

This improved durability shouldn’t be overlooked, as it’s one of the concerns – along with the high prices – that kept many buyers from adopting early foldable phones, especially the early Fold and Flip models. Focusing on the improved durability of its new phones has probably helped convince more people that the latest Samsung foldables aren’t just niche products.

To this end, Samsung marked its sales announcement by also showing a video of the durability tests undergone by the Galaxy Z Fold 3 and Galaxy Z Flip 3. The video highlights four different tests: an environmental chamber test in which phones are subjected to different weather conditions to see how they work; a water test in which the phones are submerged to see if they can withstand a dunk; an S Pen test in the case of the Galaxy Z fold 3, to make sure the stylus digitizers are working on the folding part of this phone’s screen; and a bend test to see if the devices can meet Samsung’s goal of withstanding 200,000 bends.

Samsung could soon face a potential challenger on the foldable front. Google is planning to host a Pixel Fall launch event on October 19, and while the Pixel 6 and Pixel 6 Pro star on the show, rumors suggest that a Pixel Fold could appear there as well. This would be Google’s entry into the foldable phone market.

Sony Direct PS5 replenishment: what time and how to get the email invitation