In letter : At least on paper, G.Skill’s new Trident Z5 and Trident Z5 RGB DDR5 memory kits are impressive for the first wave of consumer DDR5 memory. Pricing hasn’t been announced yet, but most manufacturers are selling their 32-gigabyte DDR5 kits so far for around $ 350, so don’t expect them to be cheaper.

Yesterday, GeIL released DDR5-5600 memory kits in anticipation of the upcoming line of Intel Alder Lake processors. Not to be outdone, the Taiwanese company G.Skill is also launching its own DDR5 memory modules in the form of the Trident Z5 and Trident Z5 RGB ranges.

The new memory modules are designed to work with both Intel’s Alder Lake platform as well as AMD’s Zen 4, which is expected to arrive sometime in 2022. Leaks so far indicate a Rugged memory controller on 12th generation Intel processors that will allow enthusiasts to push DDR5 memory superior to the best DDR4 modules on the market. 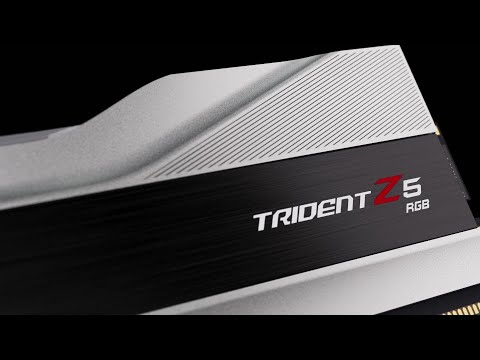 The new Trident Z5 line from G.Skill is available in DDR5-5600, DDR5-6000 and DDR5-6400 variants which feature CL36 timings. But more importantly, the company has equipped the new modules with DDR5 chips made by Samsung to ensure consistent high performance and reliability. G.Skill also provided a screenshot of a RunMemtestPro 4.1 and CPU-Z validation test running side-by-side, which shows DDR5-6400 Trident Z5 modules linked to an Alder Lake processor in a four-channel configuration, with the memory controller running in Gear 2 modes.

If you’re looking to upgrade to the Alder Lake platform and want to pair it with G.Skills’ Trident Z5 memory kits, the company says you’ll be able to do so by the end of next month. There is no pricing information at the time of writing, but all Trident Z5 and Trident Z5 RGM memory kits will ship in a 32-gigabyte dual-channel configuration.